Architecture and Anarchism: Building without Authority 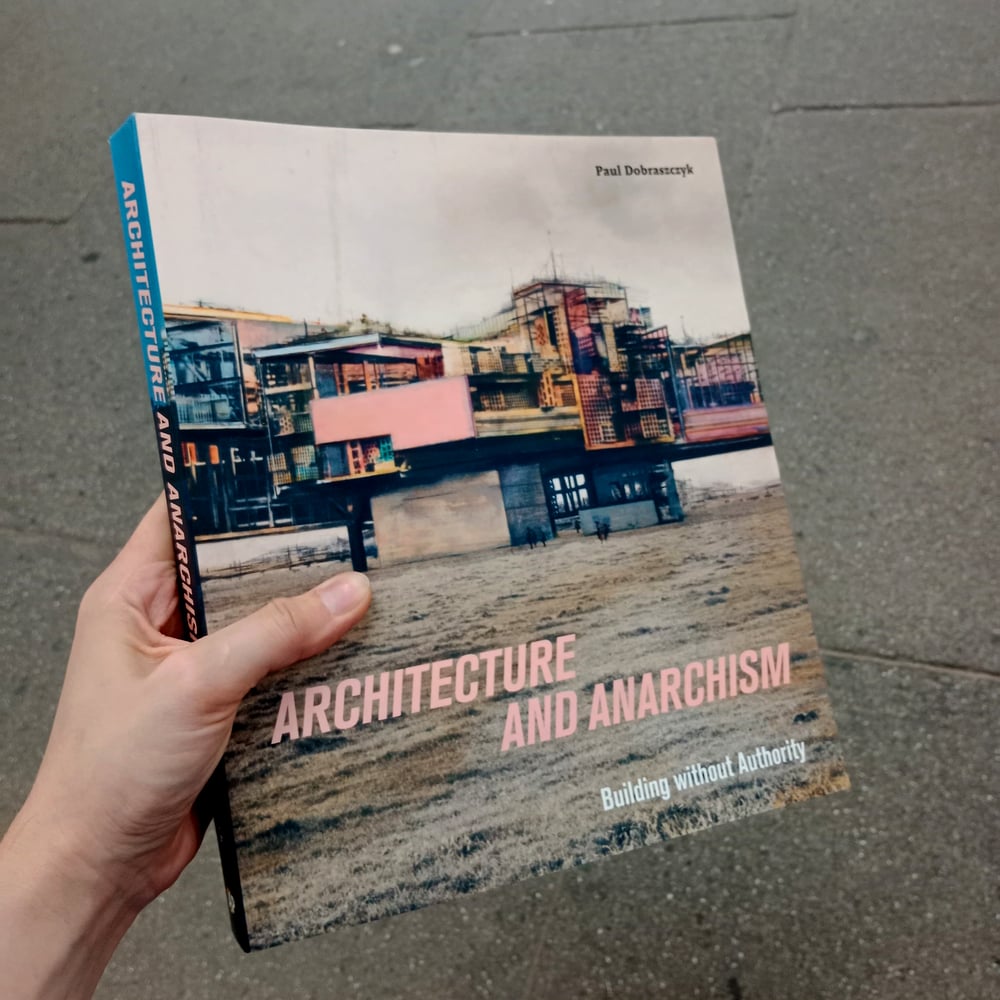 This groundbreaking new book presents 60 projects - past and present, real and imagined - of 'anarchist' architecture. From junk playgrounds to Extinction Rebellion in the UK, from Christiania to the Calais Jungle in Europe, and from Dignity Village to Slab City in the USA - all are motivated by the core values of autonomy, voluntary association, mutual aid and self-organisation. Taken as a whole, they are meant as an inspiration to build less uniformly, more inclusively and more freely.

Architecture and Anarchism documents and illustrates 60 projects, past and present, that key into a libertarian ethos and desire for diverse self-organised ways of building. They are what this book calls an 'anarchist' architecture, that is, forms of design and building that embrace the core values of traditional anarchist political theory since its divergence from the mainstream of socialist politics in the 19th century. These are autonomy, voluntary association, mutual aid, and self-organisation through direct democracy.

As the book shows, there are a vast range of architectural projects that can been seen to refl ect some or all of these values, whether they are acknowledged as specifically anarchist or otherwise. Anarchist values are evident in projects that grow out of romantic notions of escape - from isolated cabins to intentional communities. Yet, in contrast, they also manifest in direct action - occupations or protests that produce micro-countercommunities.

Artists also produce anarchist architecture - intimations of much freer forms of building cut loose from the demands of moneyed clients; so do architects and planners who want to involve users in a process normally restricted to an elite few. Others also imagine new social realities through speculative proposals. Finally, building without authority is, for some, a necessity - the thousands of migrants denied their right to become citizens, even as they have to live somewhere; or the unhoused of otherwise affl uent cities forced to build improvised homes for themselves.

The result is to significantly broaden existing ideas about what might constitute anarchism in architecture and also to argue strongly for its nurturing in the built environment. Understood in this way, anarchism off ers a powerful way of reconceptualising architecture as an emancipatory, inclusive, ecological and egalitarian practice.

Mutant Ecologies: Manufacturing Life in the Age of Genomic Capital
£19.99
Fen, Bog and Swamp: A Short History of Peatland Destruction and its Role in the Climate Crisis
£16.99
Ecofeminsm
£14.99
Animal Liberation
£17.99
The Trespasser's Companion: A Field Guide to Claiming What is Already Ours
£14.99
Strangers : Essays on the Human and Nonhuman (Extended Edition)
£12.99
Pharmako/Poeia; Plant Powers, Poisons, and Herbcraft
£15.99
The Solutions Are Already Here
£16.99
Nature Is A Human Right : Why We're Fighting for Green in a Grey World
£14.99
The Rise of Eco Fascism
£14.99
26 Voices for Change - A Cornish Anthology
£6.00
This One Wild and Precious Life : The Path Back to Connection in a Fractured World
£20.00
Decolonizing Nature: Contemporary Art and The Politics of Ecology
£17.95
Why Vegan?
£5.99
Eating Animals
£9.99
The Shock of The Anthropocene
£11.99
The Mushroom at The End Of The World
£16.99
China Goes Green : Coercive Environmentalism for a Troubled Planet
£15.99
The Case for the Green New Deal
£8.99
Natural Relations? : Animal Rights, Human Rights and the Environment
£16.99
Rewilding: The Radical New Science of Ecological Recovery
£8.99
Aphro-ism: Essays on Pop Culture, Feminism, and Black Veganism from Two Sisters
£17.99
Stop, Thief! : The Commons, Enclosures, And Resistance
£19.99