The New Age of Empire : How Racism and Colonialism Still Rule the World 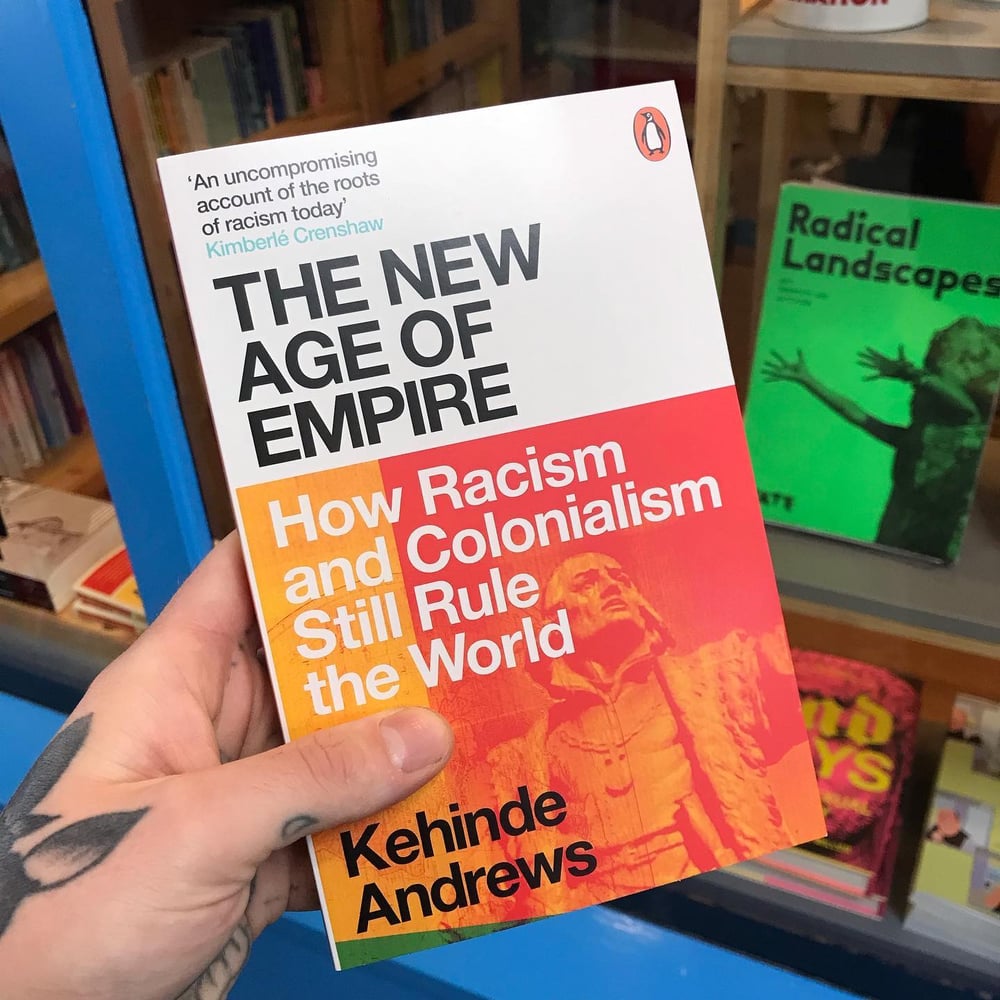 If you want to get beyond gestures and slogans and to the truth, this is the book to get you there" Russell Brand "Kehinde Andrews is a crucial voice walking in a proud tradition of Black radical criticism and action" Akala"An uncompromising account of the roots of racism today" Kimberle Crenshaw "This clear-eyed analysis insists upon the revolutionary acts of freedom we will need to break out of these systems of violence" Ibram X. Kendi The New Age of Empire takes us back to the beginning of the European Empires, outlining the deliberate terror and suffering wrought during every stage of the expansion, and destroys the self-congratulatory myth that the West was founded on the three great revolutions of science, industry and politics. Instead, genocide, slavery and colonialism are the key foundation stones upon which the West was built, and we are still living under this system today: America is now at the helm, perpetuating global inequality through business, government, and institutions like the UN, the IMF, the World Bank and the WTO.

The West is rich because the Rest is poor. Capitalism is racism. The West congratulations itself on raising poverty by increments in the developing world while ignoring the fact that it created these conditions in the first place, and continues to perpetuate them.

The Enlightenment, which underlies every part of our foundational philosophy today, was and is profoundly racist. This colonial logic was and is used to justify the ransacking of Black and brown bodies and their land. The fashionable solutions offered by the white Left in recent years fall far short of even beginning to tackle the West's place at the helm of a racist global order.

Women's Activism in Africa : Struggles for Rights and Representation
£21.99
Claudia Jones: A Life in Exile
£15.00
Decolonial Marxism
£16.99
Against Borders : The Case for Abolition
£9.99
Violent Phenomena: 21 Essays on Translation
£12.00
Freedom is a Constant Struggle
£9.99
This is Why I Resist : Don't Define My Black Identity
£10.99
Anarchism and the Black Revolution : The Definitive Edition
£19.99
There Ain't No Black in the Union Jack : The cultural politics of race and nation
£14.99
The Groundings with My Brothers
£9.99
How Europe Underdeveloped Africa
£16.99
The Black Atlantic : Modernity and Double Consciousness
£12.99
Outlandish
£10.99
Anticolonial Eruptions : Racial Hubris and the Cunning of Resistance
£14.99
The Good Arabs
£12.99
Back Trans Feminism
£22.99
Britain's Empire : Resistance, Repression and Revolt
£14.99
Tangled in Terror : Uprooting Islamophobia
£9.99
A Feminist Theory of Violence : A Decolonial Perspective
£12.99
Dread Poetry and Freedom : Linton Kwesi Johnson and the Unfinished Revolution
£17.99
An Autobiography
£20.00
Half-Caste and Other Poems
£6.99
Here to Stay : Eastern Europeans in Britain
£9.99
An Abolitionist's Handbook : 12 Steps to Changing Yourself and the World
£16.99
Out of the Dark Night : Essays on Decolonization
£25.00
You Are Your Best Thing : Vulnerability, Shame Resilience and the Black Experience: An anthology
£14.99
Abolition. Feminism. Now.
£14.99
Decolonizing Dialects
£19.99
Necropolitics
£19.99
We Still Here
£12.99
Out Of Bounds: British Black & Asian Poets
£12.99
Sex and Lies
£12.99
We Want Freedom: A Life in The Black Panther Movement
£14.99
Romaphobia : The Last Acceptable Form of Racism
£14.99
A Black Spirit
£14.99
Staying Power: The History of Black People in Britain
£16.99
Decolonizing Israel, Liberating Palestine : Zionism, Settler Colonialism, and the Case for One Democ
£14.99
Carceral Capitalism
£11.99
The Unsettling of Europe : The Great Migration, 1945 to the Present
£12.99
Begin Again: James Baldwins America and it´s Urgent Lessons for Today
£16.99
The Brutish Museums: The Benin Bronzes, Colonial Violence and Cultural Restitution
£12.99
Here to Stay, Here to Fight: A Race Today Anthology
£15.99
Making Abolitionist Worlds: Proposals for a World on Fire
£14.99
The Wretched of The Earth
£9.99
Whites, Jews and Us
£11.99
Black Marxism: The Making of the Black Radical Tradition
£12.99
Racism as Zoological Witchcraft : A Guide for Getting out
£17.99
Brit(ish) : On Race, Identity and Belonging
£9.99
Black Macho and the Myth of the Superwoman
£11.99
Feminism, Interrupted : Disrupting Power
£9.99
Aphro-ism: Essays on Pop Culture, Feminism, and Black Veganism from Two Sisters
£17.99
Fearing the Black Body : The Racial Origins of Fat Phobia
£21.99
Radical Virtuosity : Ana Mendieta and the Black Atlantic
£32.00
The African Sniper Reader
£20.00
Wayward Lives, Beautiful Experiments - Intimate Histories of Riotous Black Girls, Troublesome Women,
£13.99
The War on Drugs and the Global Colour Line
£18.99
Innocent Subjects : Feminism and Whiteness
£17.99
Truth Is Black / Examining Arab Art Today
£35.00
Black and British: A Forgotten History
£12.99
Is Racism an Environmental Threat?
£9.99
The Actual
£9.99
Ain't I a Woman
£18.99
Your Silence Will Not Protect You
£12.99
Are Prisons Obsolete?
£10.99
Disabled Futures
£22.99
Civil Wars
£12.99
Darkly : Black History and America's Gothic Soul
£10.99
Sex Workers, Psychics, and Numbers Runners : Black Women in New York City's Underground Economy
£20.99